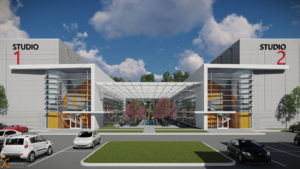 Award-winning architecture firm 5G Studio Collaborative is expanding its successful work in the entertainment industry with the design of a vast film studio in the Atlanta market, where the film production business is already vibrant and growing.

Currently, film production business in Georgia is a sector with continued exponential and steady growth. The Georgia Governor’s office reports that 245 television and film projects shot in Georgia in fiscal 2016 had an economic impact of $7 billion.

Major films from Marvel have already been produced at studios in Atlanta, including Ant-Man, Captain America: Civil War and Avengers: Infinity War. 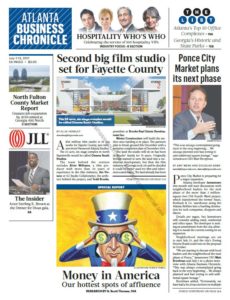 “Cinema South is an extraordinary facility for film production that is unique and standard setting,” said Alvin Williams.  “Our deep experience in the industry allows us first-hand knowledge of just what film production teams need, and we’ve created Cinema South to help our clients work at optimum levels to contribute to their success in very meaningful ways.  The growth of our industry in Georgia will continue, and we are inspired about being a part of the infrastructure for success.”

LAI Atlanta Chapter Vice-President Jim Viviano leads the Cinema South team that developed the program and site plan for the entire 25 acre campus, including all of the architectural designs of the studio and support buildings. As a member of the American Institute of Architects, NCARB and a LEED Accredited Professional, Jim is a leading advocate for sustainable development, design and construction; Jim is fully committed to creating architecture that serves all people within a community, while also being harmonious with nature and as a good steward of the environment.